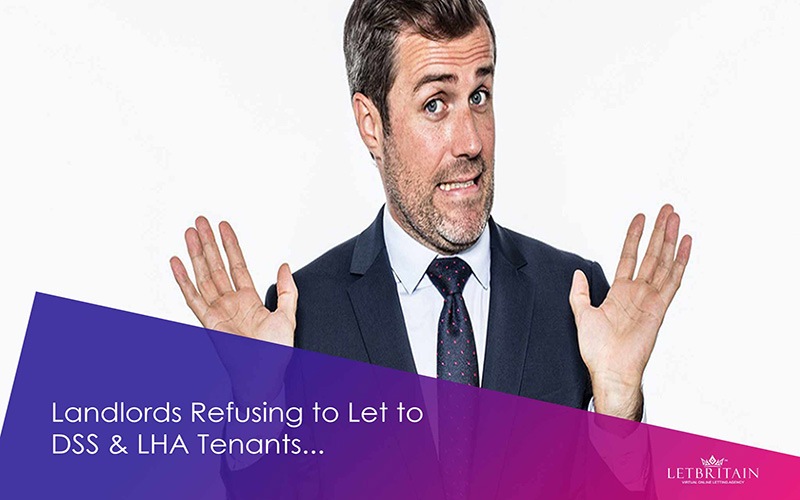 The UK’s property crisis has led to a drastic increase in the number of people depending on the private rental market for accommodation. Amidst this, renters who are dependent upon DSS and LHA housing benefits have found it much harder to rent a safe home from a reputable landlord due to many letting agents and private landlords refusing point-blank to rent their properties to them.

However, landlords and high street and online letting agents who choose to refuse to let their properties to tenants on housing benefits could find themselves in hot water, as a recent court case has highlighted.

It’s worth noting that since the new changes to the benefits system were brought in via universal credit, DSS has been re-named LHA, but confusingly, many letting agents and private landlords still refer to tenants on benefits as DSS. For the purposes of this article, we have referred to housing benefits as DSS and LHA to avoid confusion.

The online rental agent LetBritain has set out to discover the possible repercussions and potential costs, that can impact landlords who openly refuse to let their properties to tenants claiming DSS and LHA housing benefits in this landlord blog.

Due to the lack of available social housing in the UK, more and more tenants who receive housing benefits are finding it increasingly difficult to rent a home. This has pushed greater numbers to apply to letting agents and private landlords for accommodation.

When a benefit payment is finally received by a DSS or LHA tenant from universal credit, funds are sent to their bank account rather than straight to their landlord, making it much harder for them to pay their rent on time. This has unfortunately reduced the chances of long-standing tenancy agreements and good relationships with their landlords.

Why do landlords avoid letting to DSS and LHA tenants?

The good news is that the sharp fall in landlords willing to let their properties to DSS and LHA tenants isn’t simply due to discrimination but rather for more complicated reasons.

This also creates more headaches for landlords, as they need to keep a closer eye on when they receive their tenant’s rent payments and are forced to liaise with them when there is a hold up due to universal credit. Due to the increased difficulty and hassle involved for landlords and letting agents, many are making the decision not to let their properties to DSS and LHA tenants at all.

What are the legal ramifications for landlords?

The legalities for landlords when it comes to choosing not to let to tenants receiving DSS and LHA housing benefits are a grey area. There technically is no discrimination law in place for income and employment status, so if a landlord should refuse to let to a housing benefit tenant based on this alone, it is unlikely that they are breaking the law.

However, it can become quite murky if other factors are considered, such as a tenant’s sex, race or religion are taken into account. The recent discrimination case for a DSS tenant involved a single mother working part-time. It was claimed that the local letting agent refused to consider her, even though she had been a reliable tenant for months until her tenancy agreement was terminated.

This tenant won £2,000 from her letting agents in an out of court settlement after they admitted indirect discrimination based on her gender. Although this is the first successful case against letting agents refusing to let their properties to tenants on DSS and LHA benefits, this is quite a substantial sum of money and landlords should take note of the potential pitfalls when working with DSS and LHA tenants.

As many as 60 per cent of DSS and LHA tenants are women compared to men. Women also make up 95 per cent of all single parent housing benefit claimants. This is where landlords could find themselves in hot water if they refuse to let their properties to a housing benefit claimant. Although there is no legal precedent relating to discriminating against tenants based on income and employment status, should a housing benefit renter choose sue based on a claim for gender discrimination, they could potentially take a landlord to county court.

If you’re letting your property to DSS and LHA tenants, online letting agents like LetBritain can help to advise you about the relevant processes such as receiving rental payments.

The online letting agents at LetBritian can help you manage your property investment, from carrying out maintenance checks, tenant reference checks, working out what is a good rental yield for your property, writing online property listings and much more. Find out about our landlord services and let online today!