We All Can Dream!, Here Are LetBritain’s Top 5 UK Dream Homes 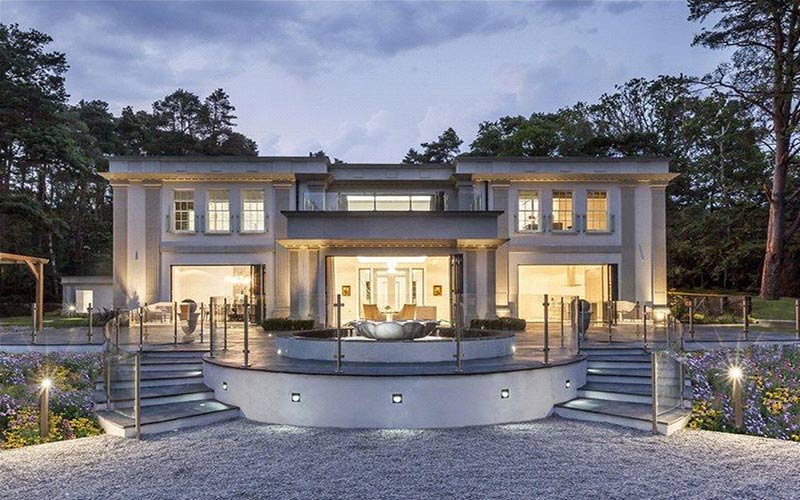 Fantasising about dream homes is a favourite pastime for the Great British public. Although most of us might disappear into fantasies about far-flung sun-drenched properties in the magical Mediterranean or tropical hideaways in the deepest recesses of Asia, the UK has its fair share of deliciously dishy dream homes for us to drool over.

Here are 5 of our favourites:

Wonderfully quirky and quintessentially British, this house is teaming with character and looks like something straight out of Nanny McPhee! Not conventionally pretty, it demonstrates the versatility and surreal charisma of English properties. Picturesque, bizarre, eccentric – yes it is all of these things and really it’s something that you could only find in the UK. Looking like it has been transported straight out of a Dickensian novel; the enduring otherworldly eccentricity of this home has us hooked.

Nothing is as British as Tolkien’s Lord of the Rings series, popularised by a chain of blockbuster movies from New Zealand director Peter Jackson. The cosy charm of the hobbit house has become a reality as one innovative Brit, Simon Dale, set about the gargantuan task of cultivating his own home worthy of Middle Earth! With a mere budget of £3,000, Dale has created a surreal and stunning interior, enlisting the help of his father-in-law which spanned four months to reach completion.

This building houses a very esteemed celebrity. It only belongs to Rod Stewart! This beautiful home is surrounded by a stunningly tranquil lake and lush forestry. Its glazed white front almost looks like the President’s quarters! Stunningly symmetrical and sumptuously stylish, we are more than a little envious of this one.

Looking like something straight out of Downton Abbey, the old world charm of this property has us dreaming of bygone eras. Renowned as Britain’s most expensive home, it once housed the likes of George II’s son but has been sold for a staggering £140 million to a Russian buyer who clearly has some pocket money spare! The home spans 200 acres in Oxfordshire and is over 300 years old.

According to a Lloyds Bank survey, having a Prince Consort Road address is ranked as one of the top 10 most expensive English postcodes in the country – and that’s no mean feat! With staggeringly impressive heights, gorgeous detailing and an entryway fit for a King or Queen, we wouldn’t mind nabbing ourselves a pad on this street!