Where Did House Prices Rise Fastest in 2017? 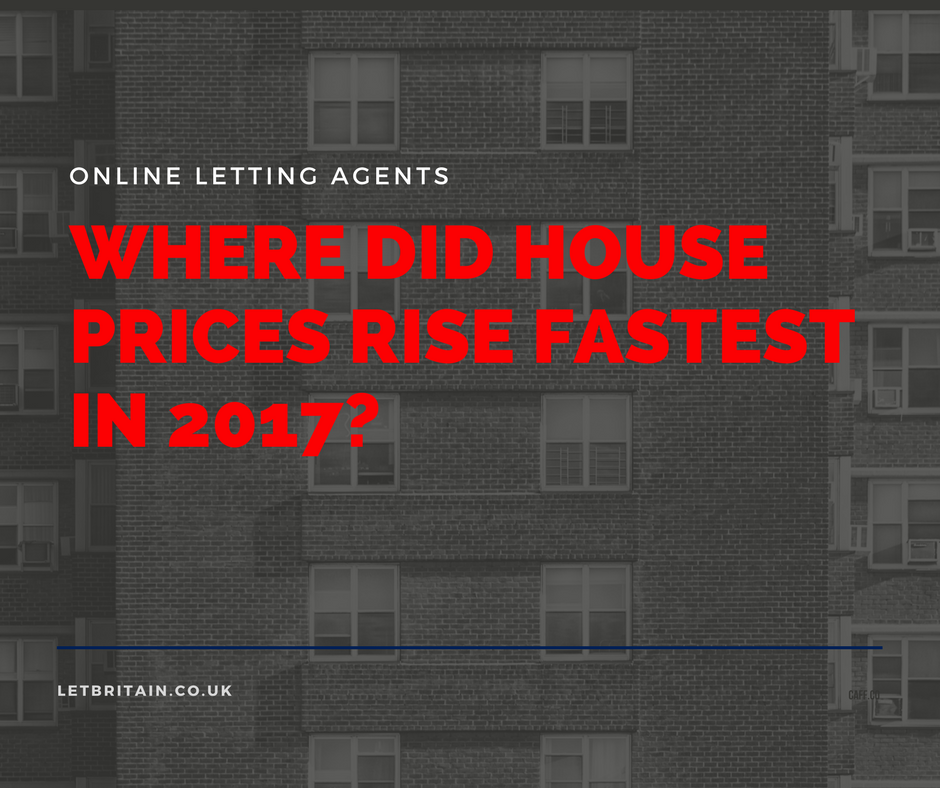 Scotland and the South West of England marked the UK’s fastest growing house prices of 2017 – and London the slowest, according to recently published government statistics, which compared the rate of house price inflation across 12 distinct regions of the UK.

December marked the 13th consecutive month that price inflation in London remained below the national average. At 2.5 per cent, house prices in the region rose less than the overall rate of inflation over 2017.

These figures call into question the long held wisdom of London’s superiority in the property market. For first-time buyers, this will surely be good news. For owners of existing properties, and buy-to-let landlords in the capital however, the figures may well prompt some careful thought and analysis of investment returns.

The data in full

Over the course of 2017, the annual increase in house prices across the whole of the UK was 5.2 per cent. This compares with an annual rate of inflation over the same period of 3 per cent. Prices in two distinct regions of the UK rose slower than the rate of inflation; Yorkshire & the Humber and London, at 2.8 per cent and 2.5 per cent respectively.

The fastest growing region in the UK was Scotland; at 7.7 per cent prices rose over 2017 over three times the speed of their London counterparts.

In England, the South West had the fastest price growth, just slightly behind Scotland on 7.5 per cent. This was followed by other notable contenders: the West Midlands, East Midlands and the North West, on 6.3 per cent, 6.3 per cent and 5.9 per cent, respectively.

Here are the figures in full:

What does this mean for homeowners and landlords

As with any new statistics – this paints a complex picture with winners and losers in different places. It would be naïve to declare the results objectively good or bad.

What it does mean however, is that London’s position on the pedestal of the buy-to-let market is quickly being eroded. It seems house price inflation has reached terminal velocity in the capital, and that we must look to regions like Bristol and Exeter (South West), Birmingham (Midlands), Manchester and Liverpool (North West) and Scotland for the biggest future equity growth potential.

Landlords in London have seen a real-terms drop in the value of their property over 2017. That combined with the pressures of decreasing mortgage tax relief, and rising cost of living means that landlords are increasingly beginning to feel the squeeze.

Those landlords looking to save money and maximise their returns through 2018 will want to find more cost effective ways of renting out their properties. One option is to use online letting agents to find your future tenants.